Commissioner Margaret Magruder, re-elected for her second term to Position 1, was first elected in November 2016. A lifelong resident of Clatskanie, Oregon, she has more than two decades of public service involving Columbia County business, government, and non-profits. As a County Commissioner, Magruder’s primary focus is economic development, natural resources, and infrastructure.

“It is a privilege to serve the citizens of Columbia County for the next four years,” Magruder said. “I look forward to working to bring improved technology, new jobs, and good health to Columbia County.”

Commissioner Casey Garrett, elected in November for his first term to Position 3, has been working for the County for six years as the Director of General Services. He has been a resident of St. Helens for 14 years and was raised outside of Scappoose in Chapman. As a County Commissioner, Garrett is focused on economic growth and living wage jobs, increasing access to public lands, and improved customer service.

MaryAnn Guess, newly elected as County Treasurer, has worked in the Columbia County Tax Office for 18 years, and became the County’s Tax Collector in 2015. Guess also served on the County Fair Board for eight years.

“My family has been in Columbia County for the past 50 years,” Guess said. “I will continue to be transparent in performing the duties of County Treasurer as I do as the County’s Tax Collector.”

This will be Guess’s first term as County Treasurer. 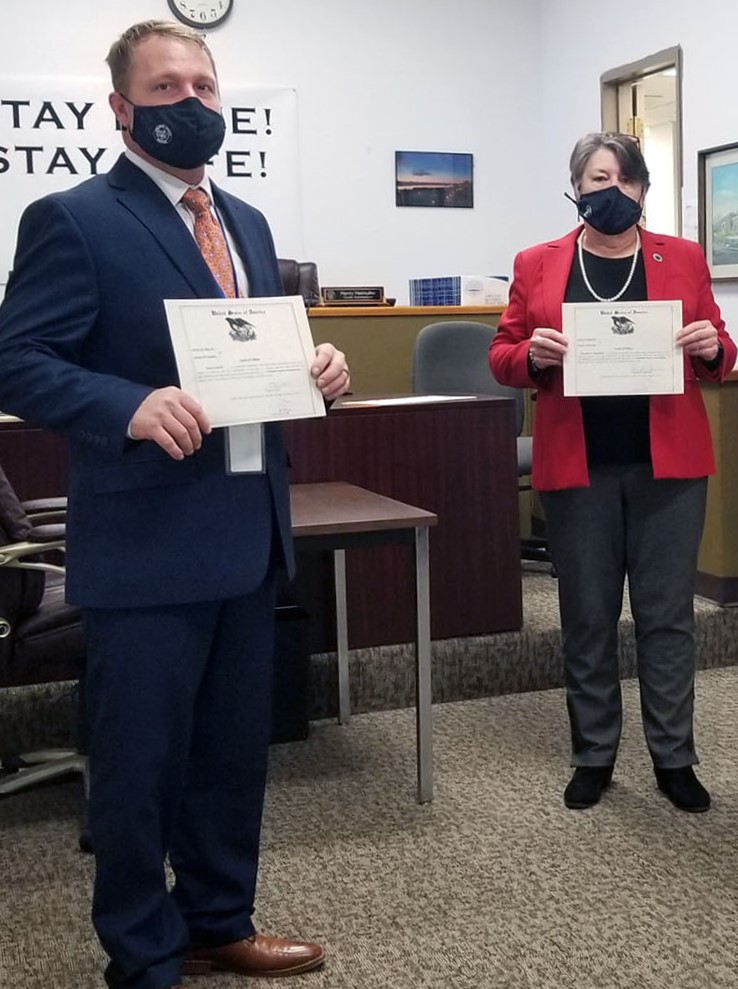 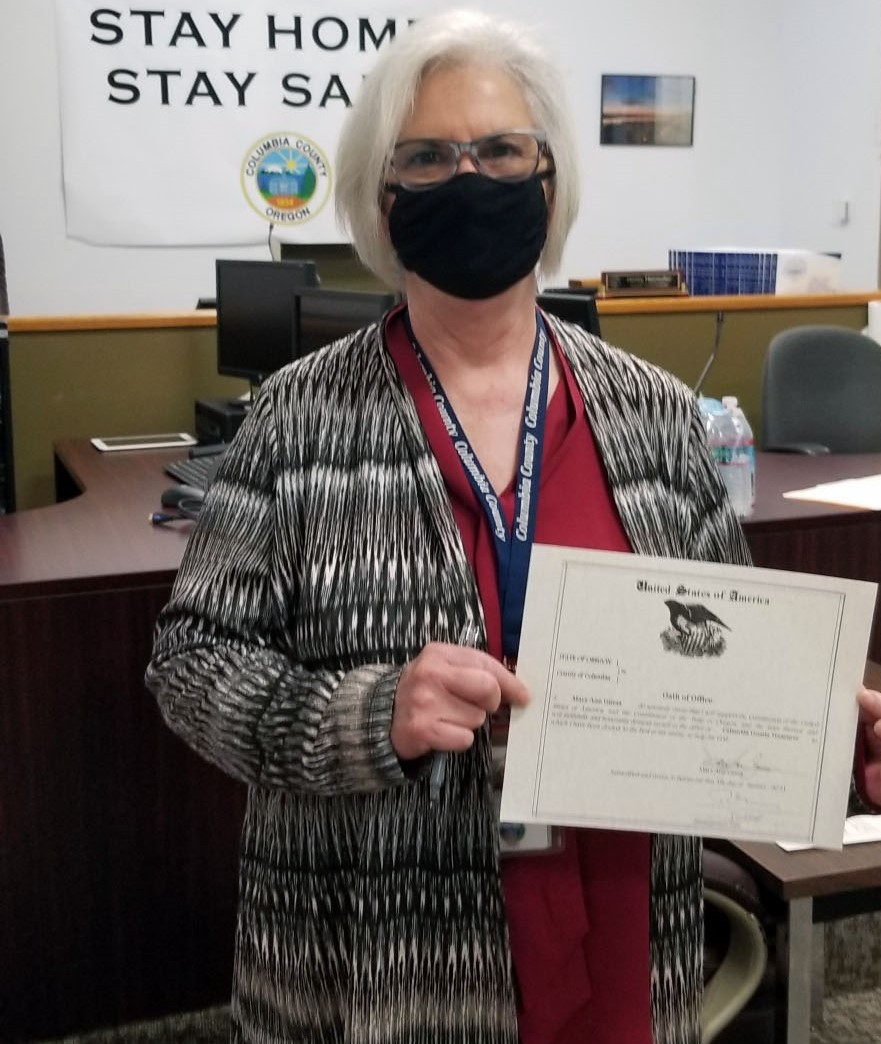